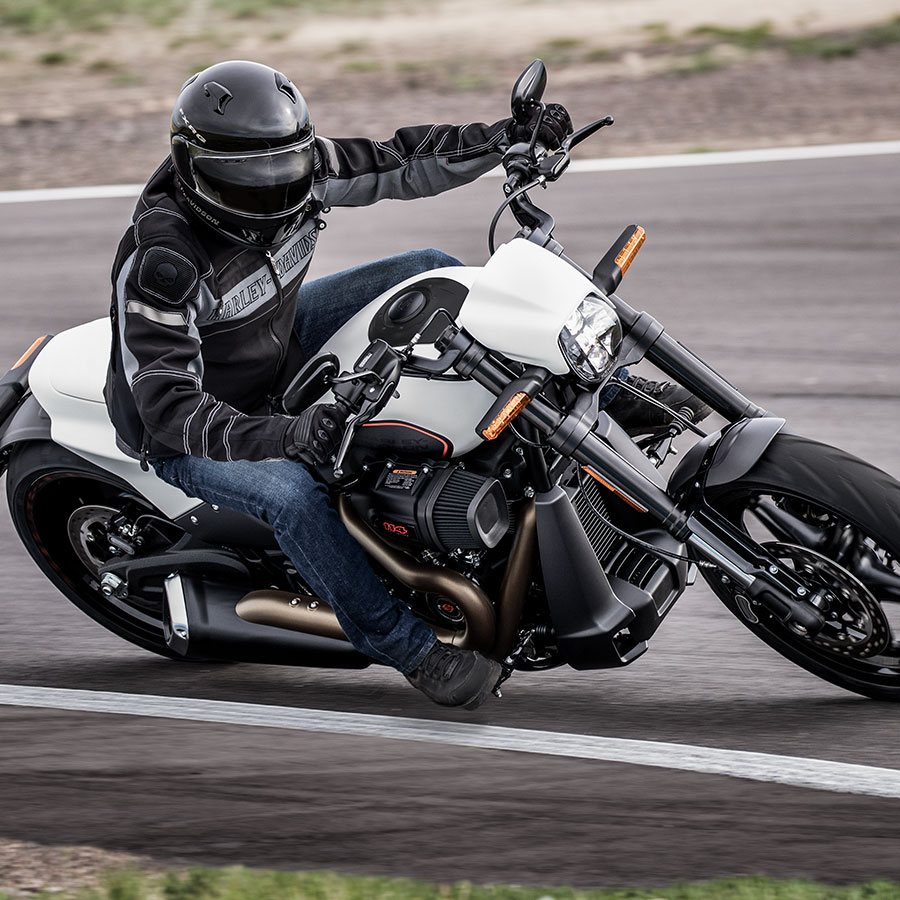 If, like us, you’ve been stunned by social media images of the FXDR 114 and eager to see the new machine up close, you’ll be pleased to hear that it has now arrived in our showroom and is ready for test rides.

The interest in this bike has been phenomenal and we’ve already got a waiting list of people who pre-registered to test ride the newest introduction to the 2019 line-up, so you may have a short wait to be able to throw your leg over it and put the power and lean angle claims to the test.

The FXDR is the first bike in the new Softail line-up to be offered exclusively with a 114ci Milwaukee-Eight® V-twin engine. And it benefits from more lean angle than any other Softail – 33 degrees to left and right.

MCN reported that: “Harley-Davidson's new performance cruiser looks set to have the ‘go’ to match its drag-strip styling. The new, street fighter-style FXDR doesn’t just have Harley’s latest, most torquey Big Twin engine, it uses an updated, lighter version of its new Softail frame which should give it the best handling of any Harley Softail.”

But we like Bike Exif’s summary of the FXDR as a “rowdy, fun ride.”

Join our Newsletter to stay up to date with the latest news.

Stoneacre are a credit broker and not a lender. We are Authorised and Regulated by the Financial Conduct Authority. 393752 Finance is Subject to status. Other offers may be available but cannot be used in conjunction with this offer. We work with a number of carefully selected credit providers who may be able to offer you finance for your purchase. Registered in England & Wales: 03003995 Registered Office: Address: Stoneacre Omega Boulevard, Capitol Park, Thorne, Doncaster, South Yorkshire, DN8 5TX Data Protection No : Z7037971